UNO -one- is an act without words, without solution, without end, without game. 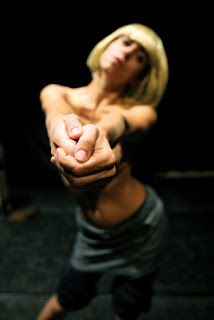 one is there: I have to do. one tries, sits down, disappears.
one is feeling alive, one is disguised.
one is looking for a way. one surrenders.
one is speaking. one could decide not to answer.
one could go away.
one is unique and everyone.
what face has “me”?


The main character of UNO is non-identity. Unable to change into something else, unable to take part in the action she’s doing, unable to take a snap decision. Atonal arrhythmia. Staying there without being there.
Hesitant, unfinished movements. Indecipherable sign.
In UNO there is desolation, announced disaster, errors after errors, the decline of our time, our land, “the beautiful country” Italy. There is the unperfected silence of our age.
The aesthetic illiteracy of meidinitali.
A recorded text, extracted from Italia De Profundis by Giuseppe Genna (one of the most interesting italian contemporary writers) helps in creating the desolation, the effort of staying.

Inside our virtual rooms we change identity and moods estimating the effect of screen spectators – a fragmented audience in single unities.
This decadent room is coloured with the necessarily useless tints of a fake life.
Here nothing happens.
And in this loneliness one is not even able to dance... 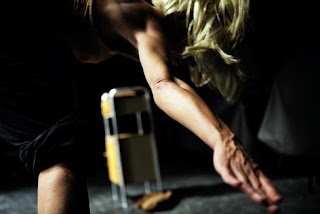 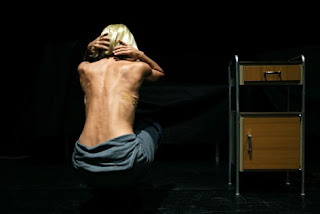 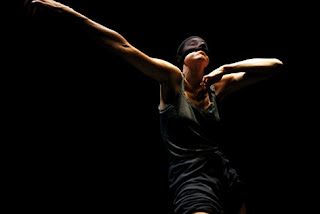 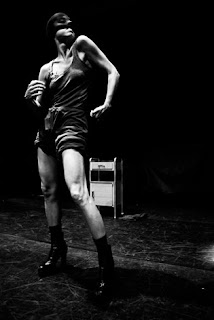