WITHOUT TITLE | WITHOUT RIGHTS 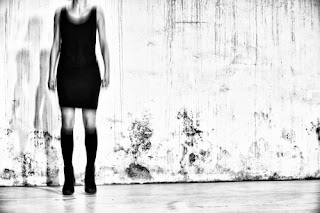 A choreographic research into literature. Five female characters of contemporary literature are on the one hand the cue to investigate into the impossibility of simultaneity of looking, on the other hand the occasion to look into the relationship between written word and action, between sense and movement, between tale and choreographic composition, between clear thinking and elusive tale.
The five Italian novels are: Anatomia della ragazza zoo by Tenera Valse, La compagnia del corpo by Giorgio Falco, La vita accanto by Mariapia Veladiano, Volevo essere una farfalla by Michela Marzano and Sangue del suo sangue by Gaja Cenciarelli.
UNTITLED is the amalgam of some actions with different titles and production methods - performances, workshops, video installations -: a sort of continuous and open work in progress.

WITHOUT
a solo quintet
WITHOUT, a solo dance by and with Paola Bianchi, was performed for the first time on april 2013 at Teatri di Vetro Festival in Rome. WITHOUT arises from the study of five female characters out of five contemporary novels. WITHOUT is a performance created for five dancers but there’s only one dancer on stage.

WITHOUT BODY
writing the score
WITHOUT BODY is an experiment where audience has a very important place. During an open rehearsal of WITHOUT, I’ll ask audience to think about the performance and present their own thoughts to me: writing arises from body in action. The aim is to commit movements to written words, thoughts, questions. A research on verbalized kinaesthetic reactions. The external looking becomes the protagonist of the vision because it changes the inner perception.
These products will be elaborated and will create a written document, one or more audio files and/or an installation.

WITHIN
inside the body
WITHIN _ inside the body: choreographic elaboration of writings. Texts produced during WITHOUT BODY will be a new written score to create a new choreography. Working on abstraction, the original concept (the study on the five characters that generated WITHOUT) will be cancelled to give place to a new sense. Inside the body again.

WITHIN WITHOUT
WITHIN will be a part of WITHOUT and together they’ll generate a new performance: WITHIN WITHOUT.

WITH TITLE
utopia achievement
WITH TITLE is the achievement of the utopia: five dancers on stage.

WITH is composed by five dancing actions created by five choreographers/dancers: Marina Giovannini, Rhuena Bracci, Sara Simeoni, Valentina Buldrini and Paola Bianchi who chose the theme and consigned them some theoretical-practical indications.
Every choreographer creates a dance expressly for a place, because the five actions will inhabit five different places inside one building (theatre or not). Like in WITHOUT, the space factor is the only possibility to decode WITH’s dramaturgy, through the research into the impossibility of simultaneity of looking.
WITH is a plural work, a test act aimed at abandoning the single vision.
Premiere > 7 march 2014, Teatro Diego Fabbri, Forlì
Next > 4 april 2014, Teatro degli Atti, Rimini

WITH PRACTICE
workshop
WITH PRACTICE is focused on development of bodily consciousness, perception of your own body in the space, on core of movement. We’ll investigate our own body’s real possibilities also learning some sequences of movement broadcasted on our ipod. A research on connection between word and body, between vocal transmission and movement. WITH PRACTICE is addressed to any person who is interested in measuring him/herself with the expressivity of his/her body. WITH PRACTICE will be led by two or three choreographers of WITH.
On 8 and 9 march 2014 Sara Simeoni, Valentina Buldrini and Paola Bianchi will lead it together for the first time at Forlì.

WITHOUT PLACE
video
WITHOUT PLACE is the short circuit between my computer and my mobile. It is a white shadow. It is the black around my body, while my body is sinking and floating, emerging and falling into the black screen. It is light and body, reflection in the black.
There wasn’t any post-production elaboration of images. 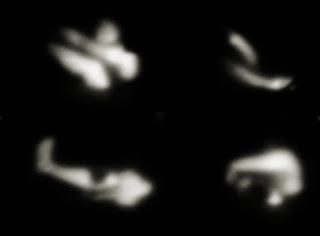